Best DAWs for producing music in 2021

If you want to create music with your computer, there’s something you’re absolutely going to need before anything else: a DAW.

Digital Audio Workstations are a kind of software designed for recording, composing, sequencing, processing and editing audio, meaning it’s basically the center of any music studio.

Nowadays the market is full of different DAWs. Most of them are great quality, but each one has its own distinctive features regarding workflow and functionality. This is why we’ve made our own list featuring the best 8 DAWs for creating music currently in the market.

It’s worth mentioning that we’re focusing on those that are better suited for the process of creating music, so we’re leaving aside great options like ProTools, which is absolutely fantastic for mixing and post-production duties but it falls behind on some creative aspects. The following list does not follow any particular order. Let’s see what we have here:

Since its launch back in 2001, Live has become the favorite tool of hundreds of thousands of music producers, DJs and performers to create their music and also bring it to the stage in the shape of live sets, one of the main goals of the software.

This capability to be easily integrated in live performances, alongside the options of writing music in a non-linear way, quickly generating ideas based around clips on its ‘Session View’, having a huge collection of excellent stock plugins and libraries and the almost infinite amount of modulation and automation possibilities, make this DAW a great choice for composing and experimenting with a fast, creative workflow.

On the other hand though, it lacks some specific options regarding the mixing process or audio editing when compared to some of its competitors, but this has been no obstacle for the great number of people using it in a professional environment.

Ableton Live comes in three versions spanning different prices and features: from the most accessible one, Intro, at 79€, to the most expensive and complete, Suite, that for 599€ comes loaded up with an insane collection of sound libraries, instruments and effects. In the middle we have the Standard version for 299€.

If you want to compare the exact, detailed differences among them, you can do it here. Before deciding, you can get the free trial version a go for 90 days downloading it here. 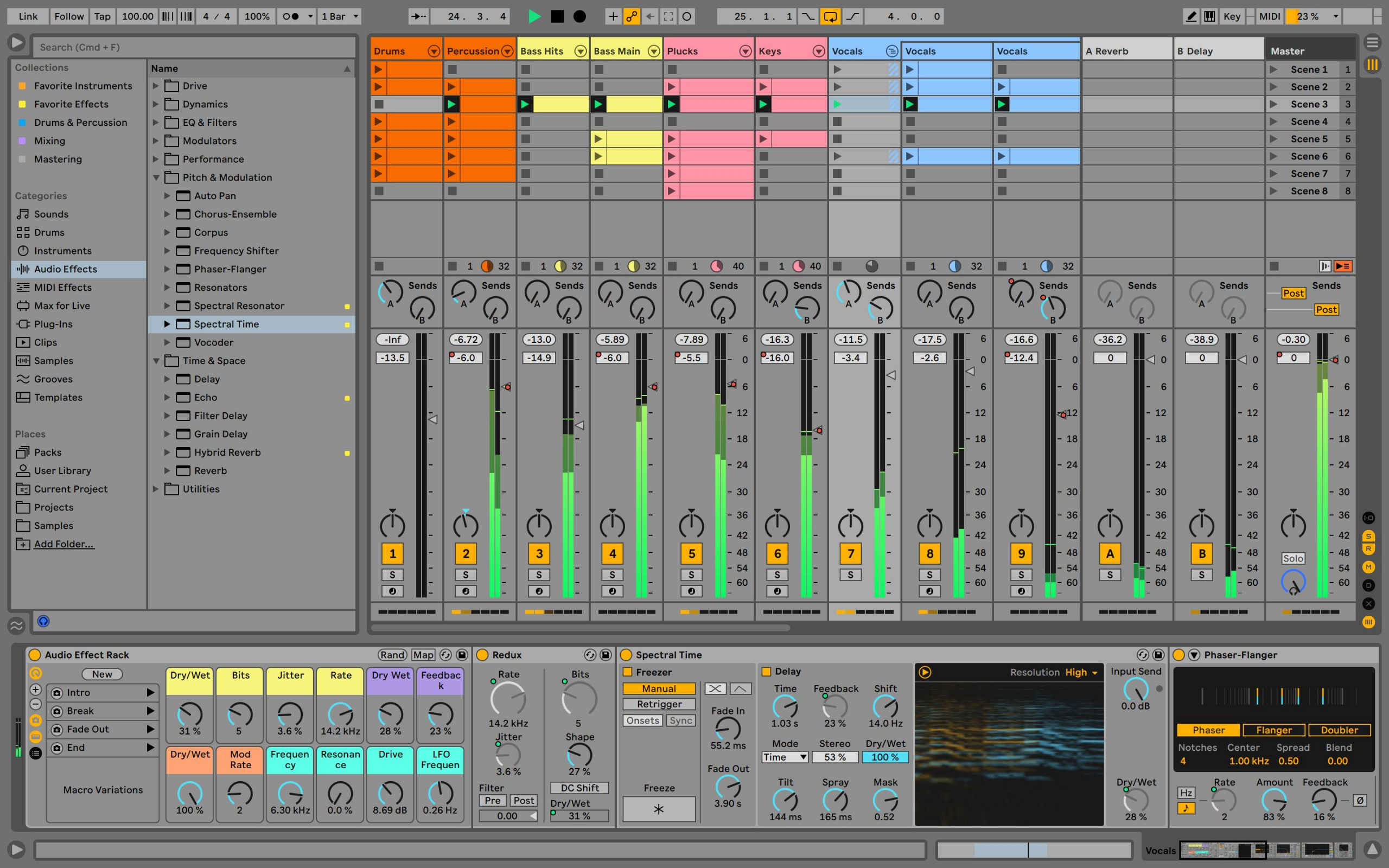 Logic has also been one of the most used DAWs among professional artists and producers for many years, and it’s a great tool not just for writing and producing, but also for mixing and mastering duties, mainly due to its track routing capabilities, powerful sound engine and great stock plugin collection.

But Apple never lost sight of its competitors, and in recent years the software has been expanded with more creative tools to improve its workflow, such as the Live Loops feature, clearly inspired by Ableton’s Session View.

On top of that, for 229€ only it’s great value, offering tons of content that can only be compared to the premium versions of its rivals. The only downside is that it’s only available on Mac computers.

You can look in more detail or purchase your license here. 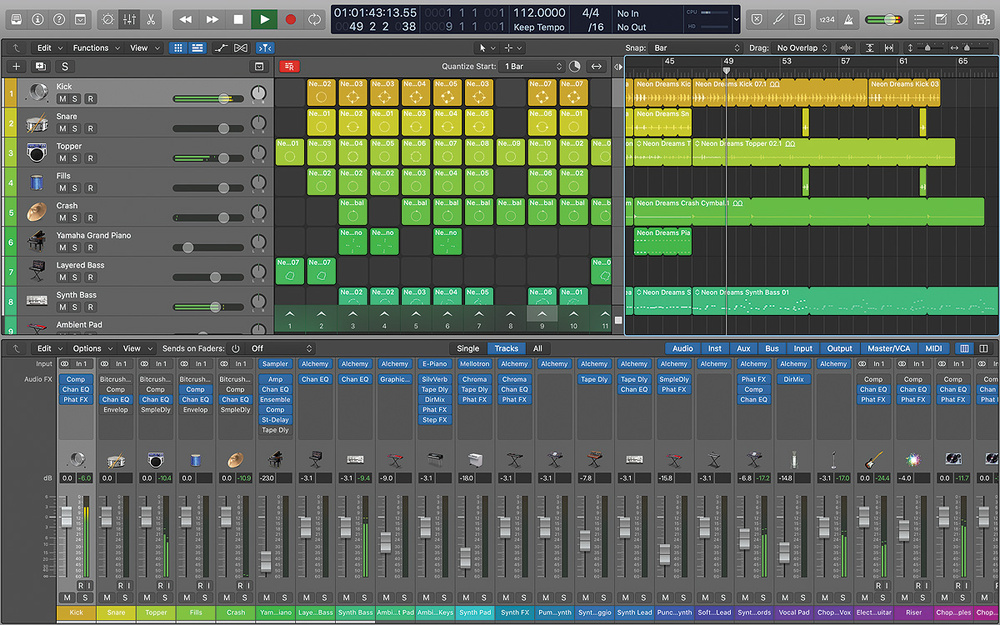 Spearheading the music software market for over 30 years now, Cubase was the starting point of MIDI sequencing and block-based arrangement that iwe find in most DAWs nowadays. It’s also a favorite at a professional level, particularly among Film, TV and Multimedia music writers.

It’s built around a traditional but rock-solid workflow, and it might come forward as a less accessible choice than some of its competitors, but its stability and reliability are second to none. It’s been consistently upgraded through the years with new technologies, tools, instruments, effects and libraries that elevate the whole package to a very high standard for music production software.

As with Ableton Live, it offers three different versions: Elements being the most basic one for 99€, Cubase Artist for 331€ and finally the Pro version for 581€. There’s a great balance between them, but again, the Pro version is clearly the most worthy in our opinion.

You can compare the versions in more detail here, and also try it out for 30 days with this free trial version. 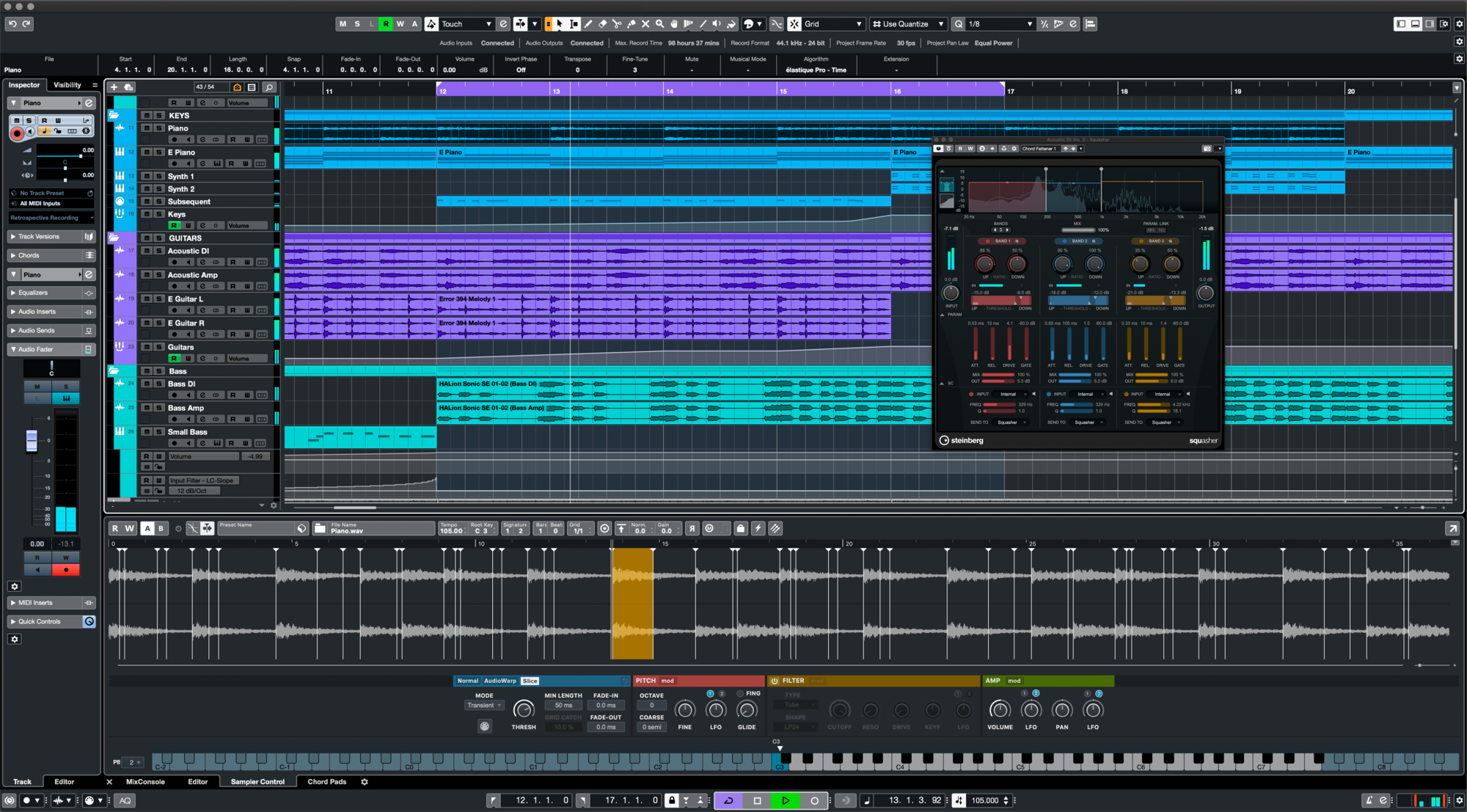 Gaining ground and increasing popularity in recent years, this DAW doesn’t have as much history as the ones mentioned before but it’s already one of the most powerful tools to make music thanks to an intuitive user interface, lots of high-end stock plugins and a very efficient workflow.

Studio One gathers all its content in a single main window, with countless options accessible via right-click dropdown menus, turning it into a very productive software, although it can be a bit overwhelming for the less experienced users to have so many options available at first sight.

Studio One offers several options for purchasing, from the usual Professional with all features included at 399€, to the smaller Artist version for 99€. It also has 2 different models: Prime, a free version of the software with only the basic features, and Sphere, a subscription plan that includes the Professional package together with other software from Presonus such as Notion, and access to Masterclasses, collaborative tools and exclusive features for 14€ a month.

You can compare all the different options in detail here and get the one you’re more interested in here. 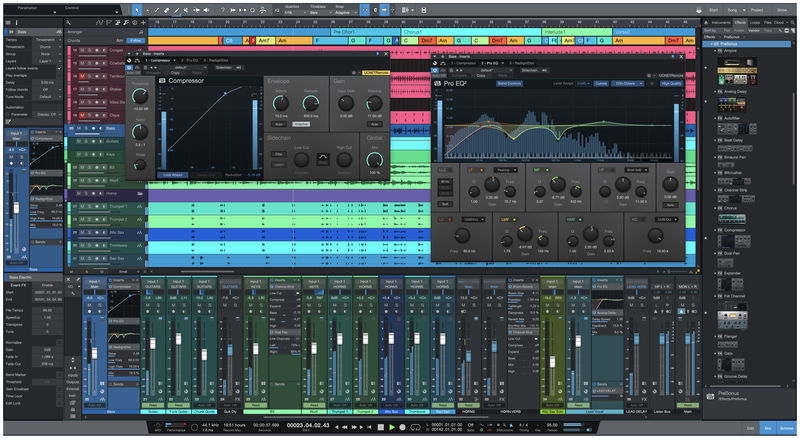 Another DAW that has been running for a long time, formerly known as Fruity Loops and available only on Windows until recently, it has been consistently evolving to become a solid choice, especially for those interested in electronic dance music production.

Despite being branded as a non-professional tool back in the day, the amount of big artists that made a breakthrough using it in their studios proved these accusations wrong.

Unlike its competitors, FL Studio offers free upgrades for life, which means that once you’ve purchased your license, you won’t have to pay for the newer versions anymore, having always access to the latest features as they come.

Another of its main highlights is that it’s a very accessible software, with a user interface that is very intuitive and easy to understand that translates into a solid, fast workflow.

The product comes in 4 different versions with a variety of features and prices ranging from 89€ to 489€. Get to know every little detail here. 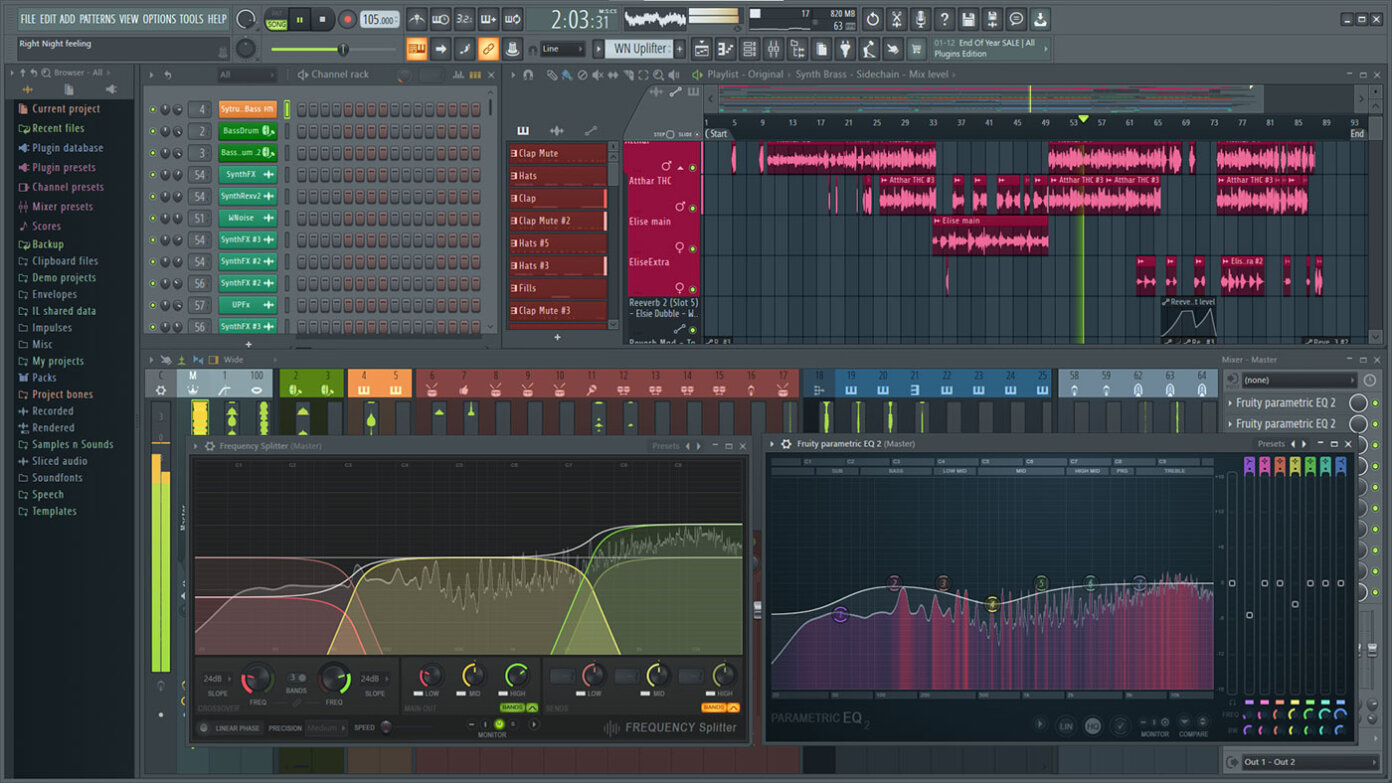 If you’re passionate about analogue gear and would love to have a studio full of racks loaded up with hardware synths and drum machines, you are definitely going to like Reason. Its entire user interface is based around that concept, with amazing stock plugins piling up in virtual racks and being interconnected as their physical counterparts would, and even the DAW’s internal mixer is modeled after a classic SSL mixing desk.

As if that wasn’t appealing enough, the latest software updates have turned Reason and all its plugins in third party instruments that you can load on any other DAW, so it’s a great choice, no matter whether you want to get started on the music production field from a more analogue perspective or you already work on a different DAW but want to get all the goods Reason has to offer.

Reason currently works as a subscription service, with monthly or yearly fees for 19.00€ and 199.99€ respectively. You can sign in and download your 7 days free trial here. 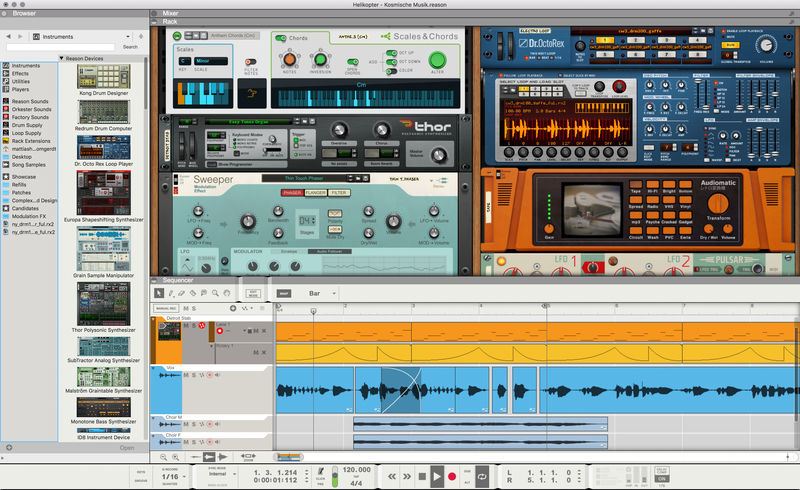 Created by former Ableton Live developers only 7 years ago, Bitwig Studio has been compared to Live since its launch due to its focus on creative, fast workflow through the use of clips, amazing and unique stock plugins with countless modulation options.

This DAW is almost like a fully-customizable instrument that features a powerful modular environment and it is designed to become a place for experimentation.

Furthermore, the developers have promised to include special functionalities for remote collaboration without the need of any third-party software, which sounds exciting, although this has been announced for years and we haven’t seen anything yet. It’s also important to mention that it’s not as stable or reliable as its competitors, as it hasn’t been around as long.

Bitwig studio comes in two different versions, the complete edition for 399€ and an introduction one with more limited capabilities for 99€. You can compare both and purchase a license here, but if you want to try the unlimited time free demo you can do it here. 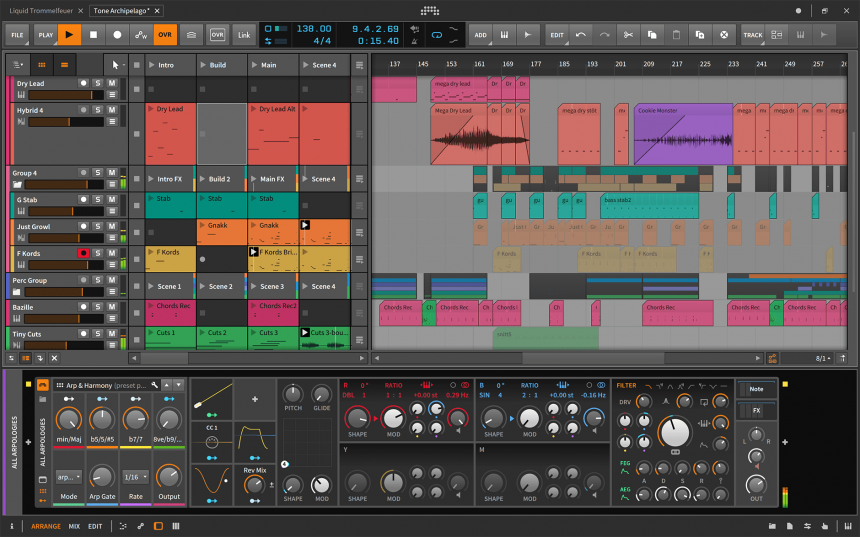 Reaper is possibly the most customizable DAW out there, as it allows you to tailor every single element in the user interface to your needs and preferences. With over 10 years in the market, it has turned out to be one of the most appealing choices thanks to its versatility and its entry price : you can get a full software license for only 60€.

Furthermore, Reaper is a very accessible DAW for beginners, plus it features very powerful track routing options and very nice (but scarce) stock plugins. All these features by using only 70 Mb on your hard-drive, which turns it into the lightest option in the market, a great choice if you work a lot on the road or in a portable setup.

You can try everything this amazing software has to offer with a fully working free trial for 60 days here, and if you decide to purchase it you can do it through this link. 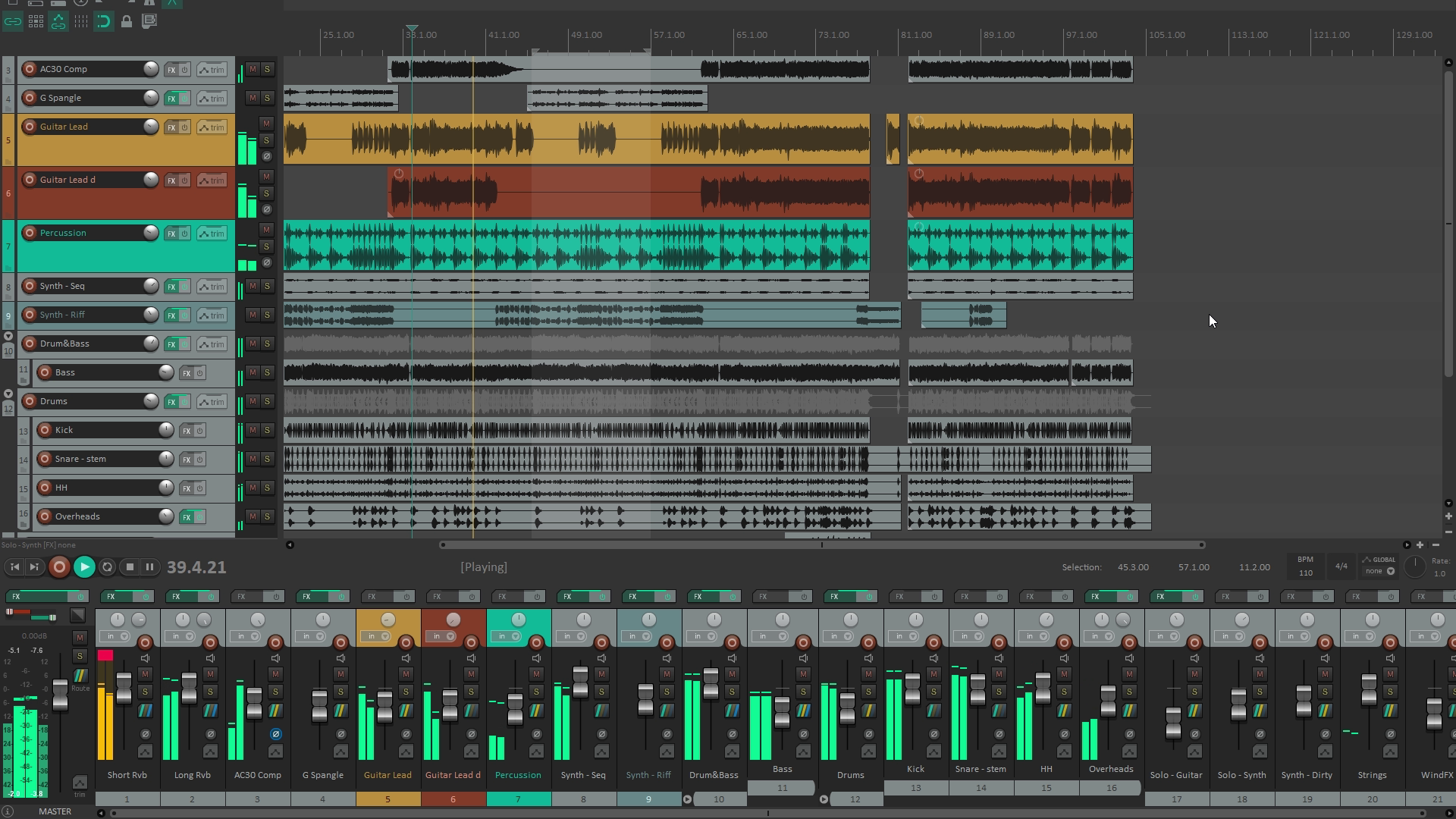 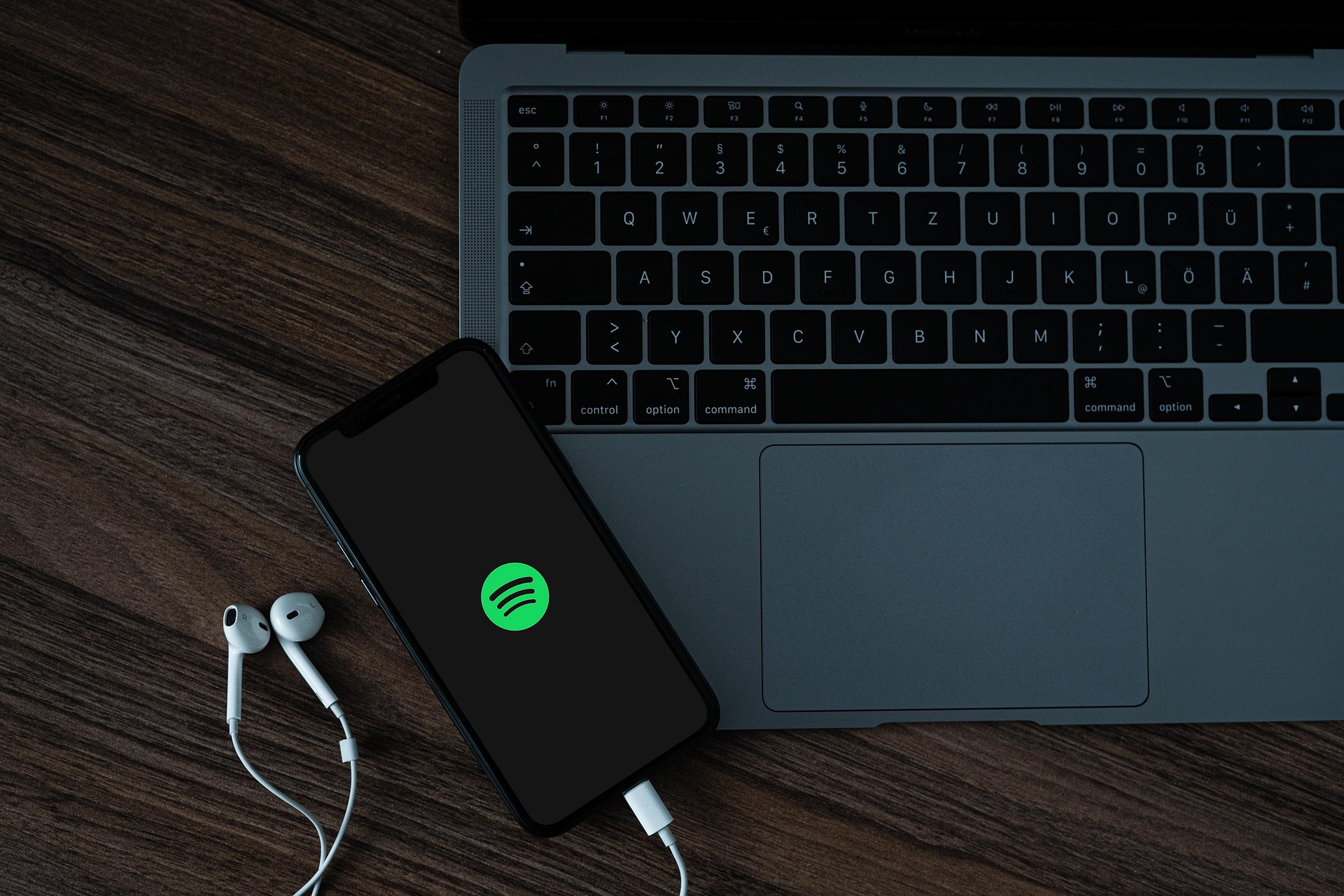 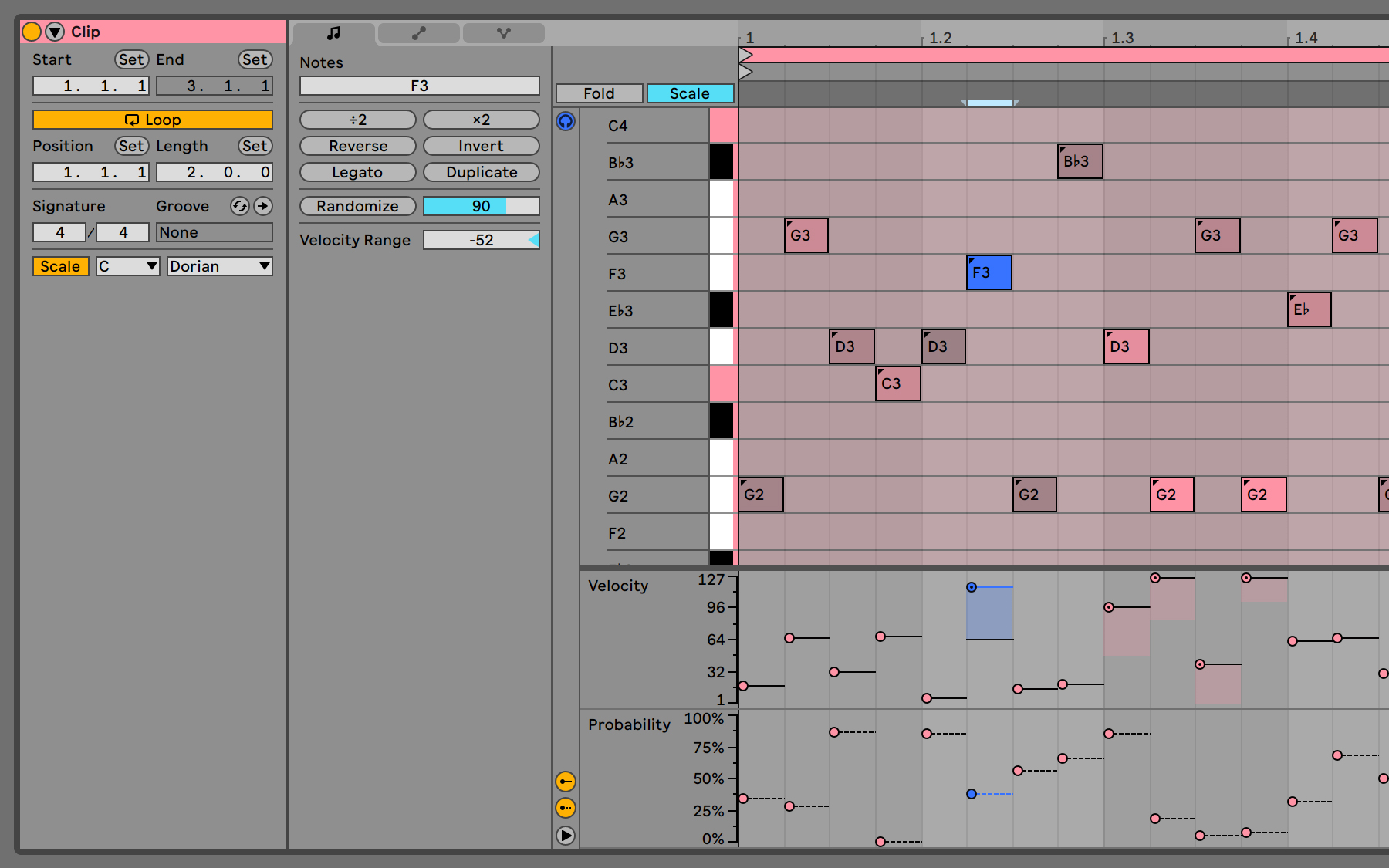 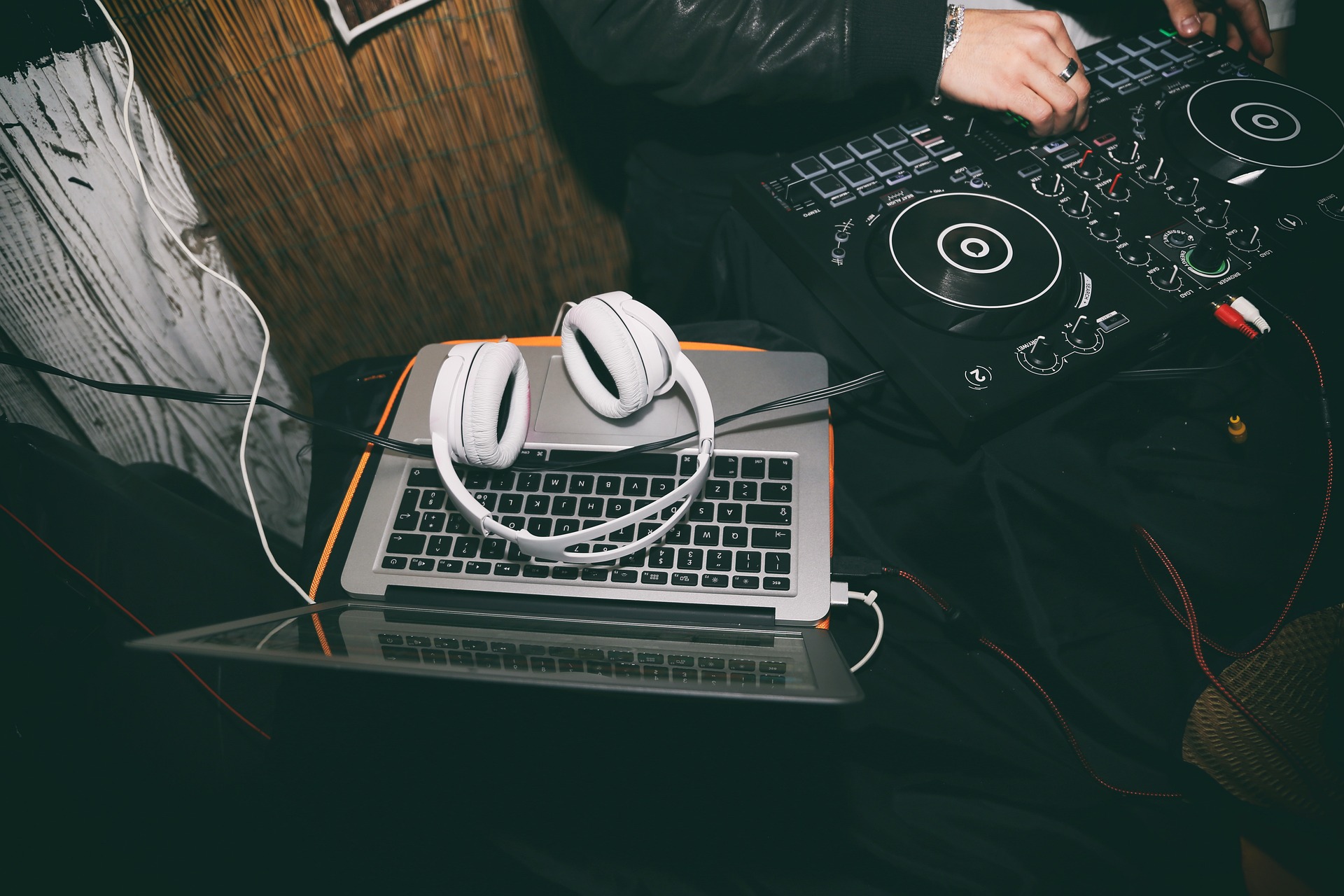