Tips to keep the inspiration

We all know that feeling when we’ve created a great beat .. so we play it for a while and refine it over the next few days and somehow the power of it just ebbs away, somehow it feels like the magic spark has died. The track has slipped through your fingers and it’s lost something but your can’t figure out what to do but you are sure it was better before you started adding parts.

Well, here’s a few techniques to stop that from happening during the creation process and also some ways to bring a dead track back to life if it does slip through your fingers.

Tips: When writing – stop tracks you are working on from slipping through your fingers

Give yourself an audio memento

Whenever you start any song record a version as soon as you get your beat up and running. At that stage when it’s still just 8 bars of wonder and fury and even though the mix is all wrong … ignore all the little problems and immediately render those 16 bars off as a reminder. Render them to a “temp renders” folder. Name the rendered file something obvious so you can find it, and so that you know not to delete it!

This original render is what you’ll refer back to in future, it will remind you what you liked about the idea in the first place, and it forms the axis around which the rest of the track should turn.

Allow yourself to explore and add things, but always edit a copy. Leave that first groove alone. Whether that means always working in a new arrangement section, or a whole new file. Save a copy. Allow yourself to go back in time and check your origin if needed.

Define what you are creating

Think of your track like a movie and set that scene in your mind. If this is the movie’s soundtrack then what scene is it describing. Picture the location, the mood. Ask yourself what’s the intent, who should it remind you of, what’s the vibe. Imagine the scene in your head. Make a few notes after you’ve done this. Something short like “Dark sinister spy vibe, menacing tension, night time, 3am, New York 1970s, dirty, a bit like Mean Streets, reminds me of Taxi Driver . Japanese 70s downtempo soundtrack” .

You can add a few notes about the tonality and instrumentation you imagine too so for the above we might say” simple saturated drums with a swing, congas, funk guitar sample, fat minimal bass, james bond style stabs needed”. Add references to any tracks you think are good reference points. 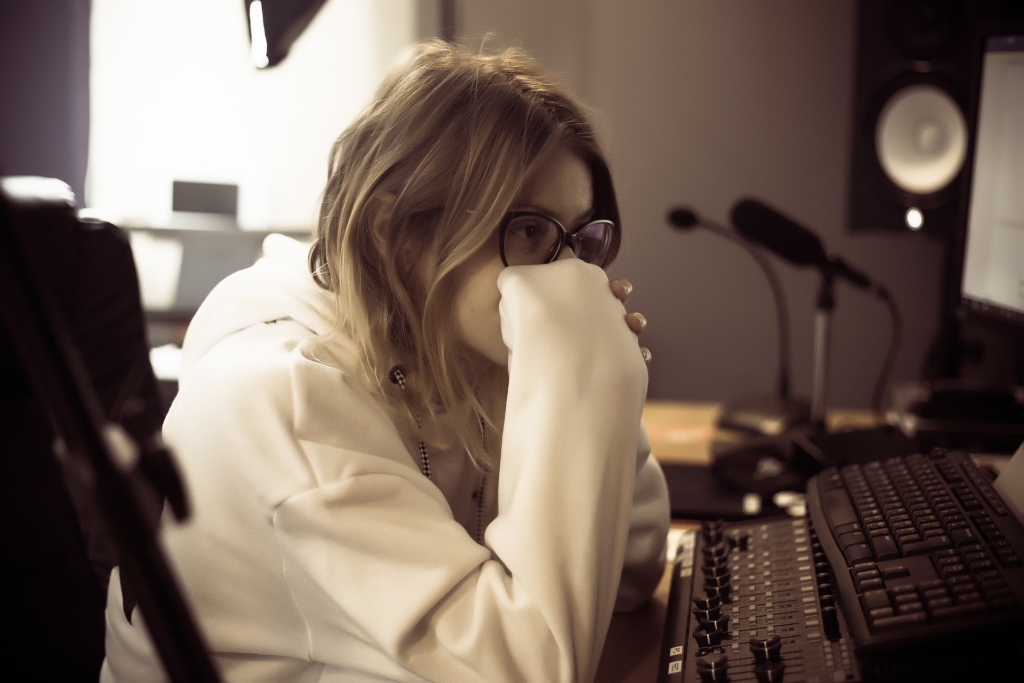 The reason we should do this is: There’s a temptation to slowly alter songs each day, because our mental state changes each day. If we match the song to our current mood on an ad-hoc basis we will be drifting away from that initial groove which grabbed us with its potential. This happens imperceptibly as we work – we feel different on each moment of each day, and also we become over familiar with the sounds as we hear them looping 100 times, the hedonic treadmill urges us to alter the song little by little.

Explore, but go back and serve that initial moment of creation. Go and read your notes and listen to that first render, what is the vibe there. Picture and remember the scene as it should be, is it a dark moody nightclub you visited once, is it a beach? Is it a summer’s day? Is it emotional, is it technological? picture the scene and the feeling, put your song back in that moment. Forget today, create that scene.

Tips: When it’s all going wrong – Bring tracks back from the dead!

Step away from the computer and listen

Sometimes it’s difficult to remember what we intended, so it’s time to that rendered track from it’s early stages *(remember when you rendered that out in tip #1). Put the tracks on your phone and go for a walk, or just listen to a render somewhere away from your computer

Jot down some text notes with your thoughts. Remind yourself of the scene your song is meant to evoke (above) now listen to a render. With a notepad app, or todo list software go through listening to it taking notes on what’s working and what isn’t. Sometimes simply writing down a critique will help you refocus and redirect.

Listen on hard mode: with friends

Nothing will shine a light on your track as much as listening to it with friends. You will know what’s wrong as soon as you hit play. This is difficult because our egos get too tied up in the process, but sit back and try to enjoy the track with them. Is it even possible? You’ll immediately know that your intro is terrible and your snare fills are uninteresting. More importantly try to think: what did you want the track to evoke to them, and what is it actually evoking.

Now make those notes so that when you are back in front of your computer you can resolve those problems! 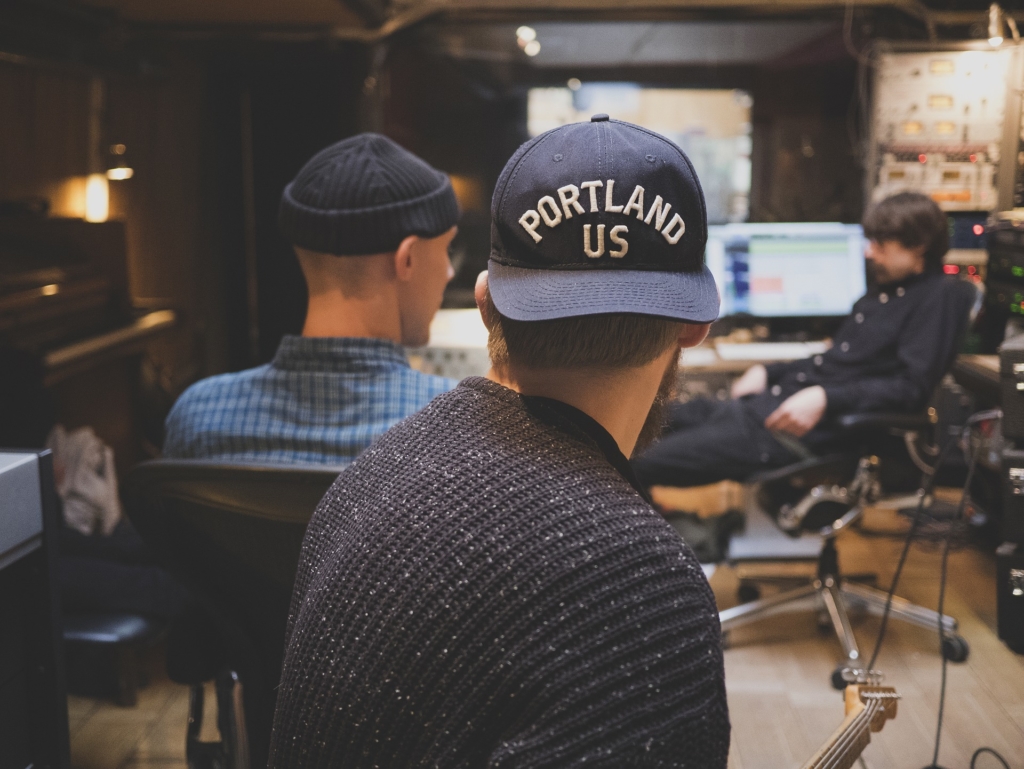 If you’ve been working on a song for more than a few days you will probably have added a lot of extra fills and variations, little tweaks. Often that stuff is just what got you excited in the moment, as filigree, just spice. Now it’s time to see what’s really needed to serve the beat. Cut the fat out, remember that simple is powerful and it’s also easier to mix.

Mute a bunch of tracks and render that out. Listen to some groups on solo, what can you lose. What’s the simplest it can be? What’s the shortest it can be.
Quickly create a version where you cut back the arrangement, mix and automation to the bare minimum. Render that out and listen to it. Make some textual notes again on what ought to be added back? Probably less than you think.

For some reason committing to audio as stems stops all kinds of mental and emotional shenanigans. Render the song out as stems and remix it. Often when you drag these stems of the drums, bass, synths into your new project it all becomes clear. You realise which bits are the best and which are just filler. Also, it makes mixing the song a lot easier.

If all else fails you might just have to wait for the feeling to come back around again. Sometimes you just can’t get back into the same frame of mind and what you really need to do is express the new feeling you’ve got. That’s OK. Put your render into a playlist of “unfinished tracks” and remember to listen to that playlist every now and then. When you have a bit of downtime. You’ll find that if you leave it a month or two you’ll get some distance and recognise the track for what it is. Where it drifted off the rails, the part where you put that drum section in the middle, or the bass sound suddenly seems obviously wrong. Write text notes when you listen to that playlist. If you feel you are back in the right frame of mind – get back on it … and quick!