The other day, one of our Aulart students asked us a very interesting question: What wavesound should be used when creating different synth instruments? (leads, pads, basses, atmospheric sounds, plucks, etc)

We are sure that many of us would love to have a clear guidance on what kind of waveform to start with when we are doing sound design, but it is not that easy.

When working on designing a particular synthesizer sound, it does not only depend on what type of waveform you start with. The waveform, or rather the waveforms – since you will find many sounds made of a mixture of various oscillators – gives us some of the first texture of the sound. But the thing is that, the rest of sections of your synthesizer will be as decisive when creating the main character of your instrument. 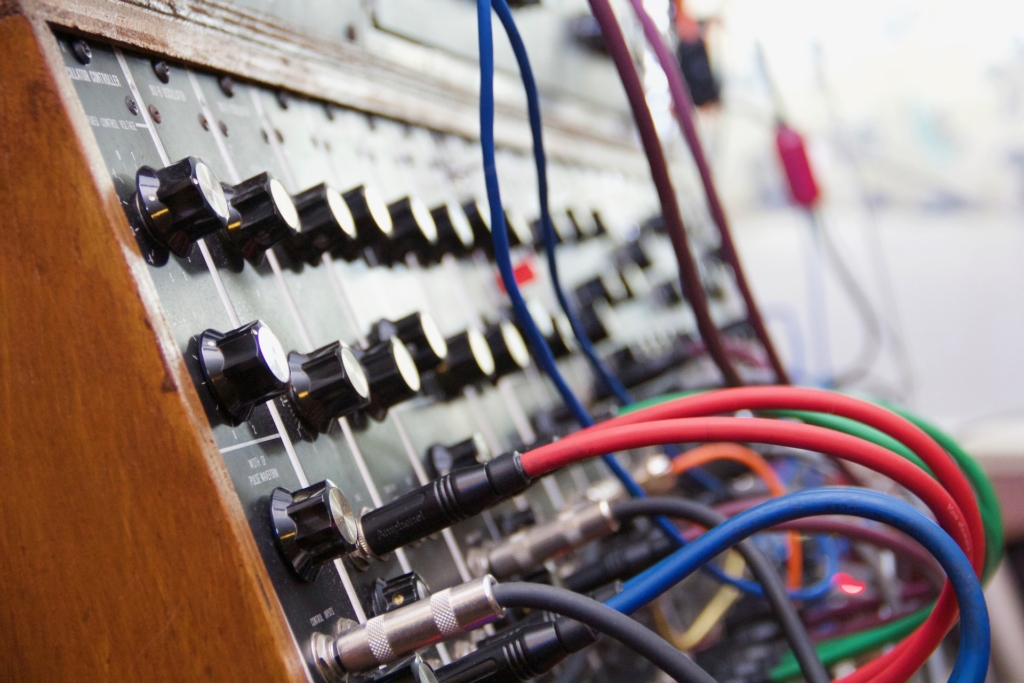 The shape of a waveform refers to the curve of the waveform line; in other words, how the displacement changes over time. We will show you how different waveforms sound like, by using the Bass Max For Live Plugin to produce the waves (see our review on it here) and the s(M)exoscope to visualize them (download it here)

It is known as the fundamental waveform. This is because it is pure: there are no “side effects” sounds. When you play a 440Hz sine wave, the only frequency you hear is 440Hz.

When a waveform has “side effect” frequencies, we call them harmonics. Harmonics are additional frequencies that are created by certain waveforms.

Sine waves are less common on true analogue hardware synths. The main reason is that, since they have no harmonics, they can’t be filtered, so trying to filter them has the same effect as trying to reduce their volume.

It looks quite a bit like the sine, but with the curviness removed. Instead, straight lines connect in triangle-like shapes.This makes the sound “brighter” than the sine wave, but thinner than the following ones we will be seeing.

They do not sound as muffled as the sine ones because of the harmonics. Triangle waves have odd harmonics. That means they have the root note, 3rd harmonic, 5th harmonic, 7th harmonic, and so on. These harmonics diminish as you get further away from the root frequency. 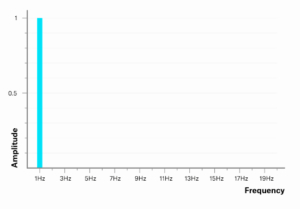 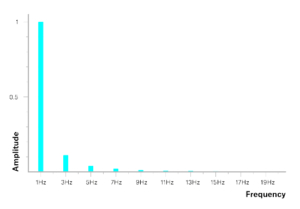 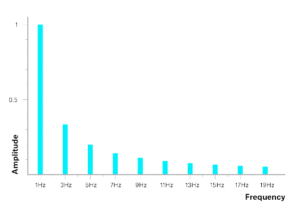 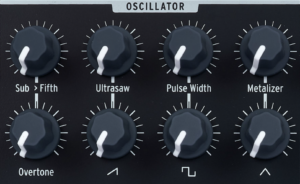 They are sometimes called rectangular waves. As the ratio of the high and low parts of the wave is varied, the harmonic content changes. Synthesizers usually offer a “pulse width control” to allow you to change the tone.

We also have the sawtooth. Named after the blades of a saw, This waveform exhibits the linear rise of the triangle waveform with the hard drop of the square waveform. It is very rich in harmonics, since it includes even and odd: 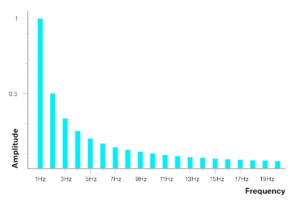 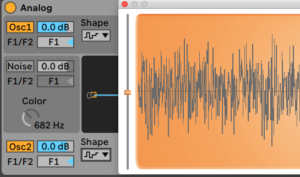 Of course, real instruments produce far more complex waves than these basic waveforms. So you will find yourself mixing different oscillators with different waveforms that will let you create infinite variations:

In part II we will show you how we could make any type of instrument with any waveform we wanted. Of course, the texture will change a lot when using one or other waveform, or a mixture of various ones. So, we will also be discussing further on what waveforms are preferable for creating a specific instrument. See you in our next post!