The Alchemist: Beatmaking & Sampling for Hip-Hop

Inside the studio workflow of the ’Best Hip-Hop Producer Alive’ 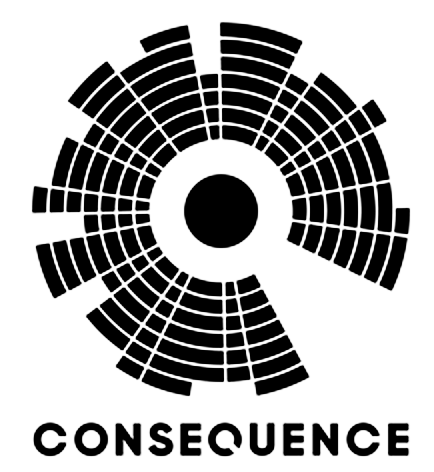 The Alchemist's first ever Masterclass 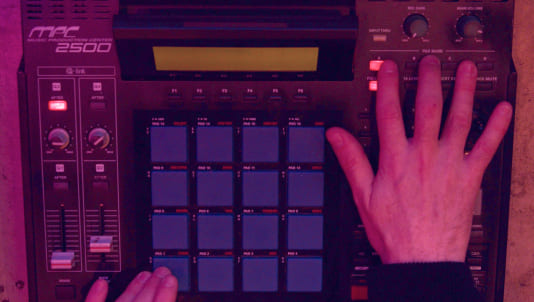 Sampling as an art form

Sampling is the key to The Alchemist’s process: get inside his eclectic approach to record collecting, finding rare sounds, and creative sampling. Explore his workflow for beatmaking on his MPC and his approach to DJing. 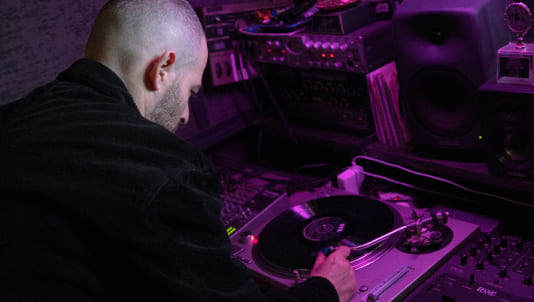 Discover the techniques behind some of Hip-Hop’s most beloved productions. Watch him analyze his beats for artists like Nas and ScHoolboy Q and learn how he adds depth to his sound – from vocal chains to his preferred plugins and effects. 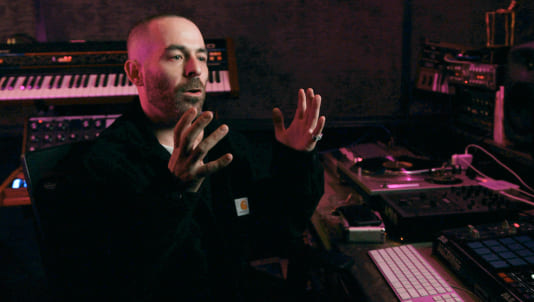 Get The Alchemist’s thoughts on monetizing your brand beyond selling music — think outside the box and take a closer look at the alternative revenue streams that’s made ALC Records home to some of Hip-Hop’s hottest merch and vinyl.

Listen to some tracks produced by The Alchemist

“His beats make you pull out things that you didn’t even know you cared about.” 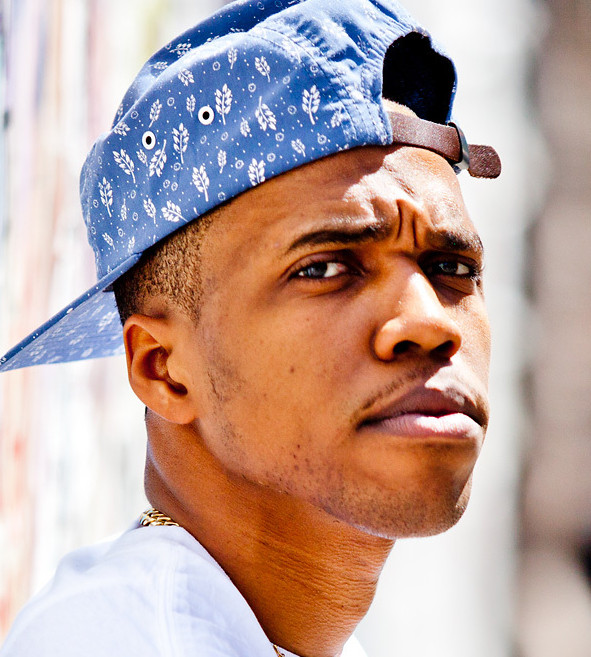 Curren$y
“Alchemist kicks ass in the studio. It’s a privilege too, because he’s the big bro.” 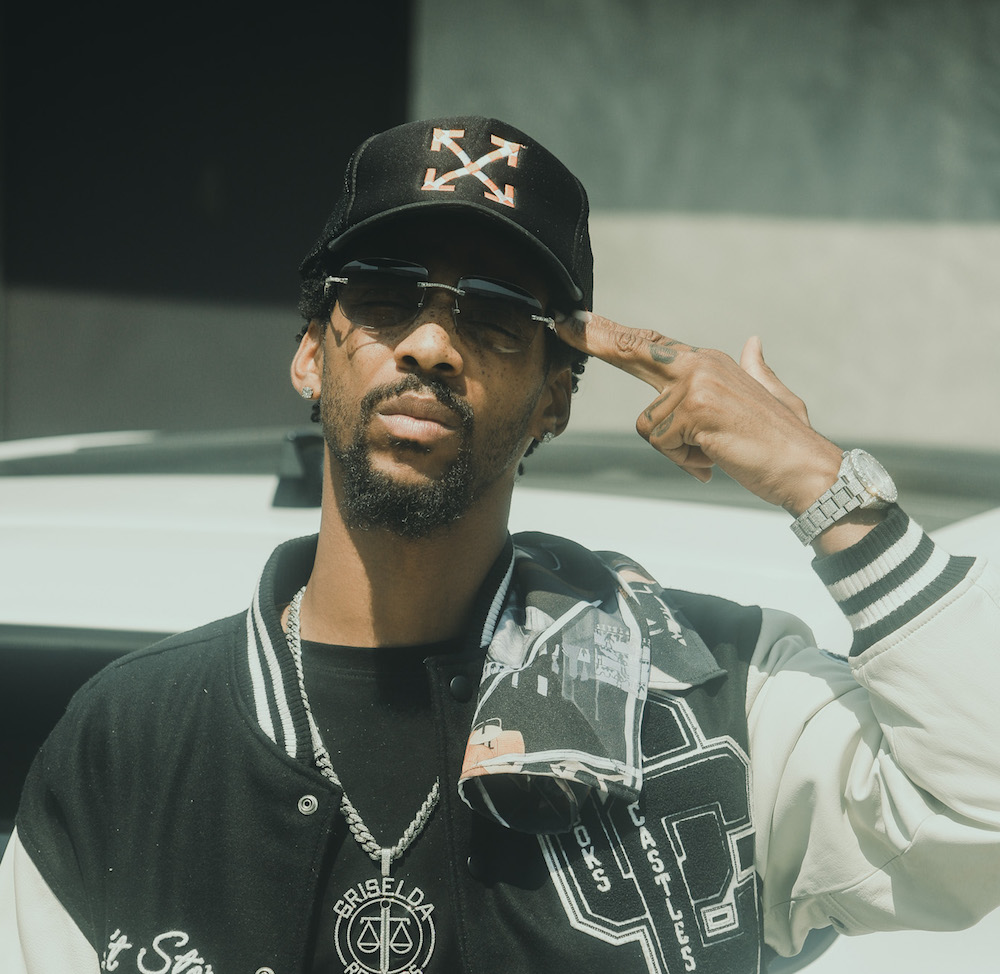 Boldy James
"I feel like I’m living out my childhood dreams making records with this man." 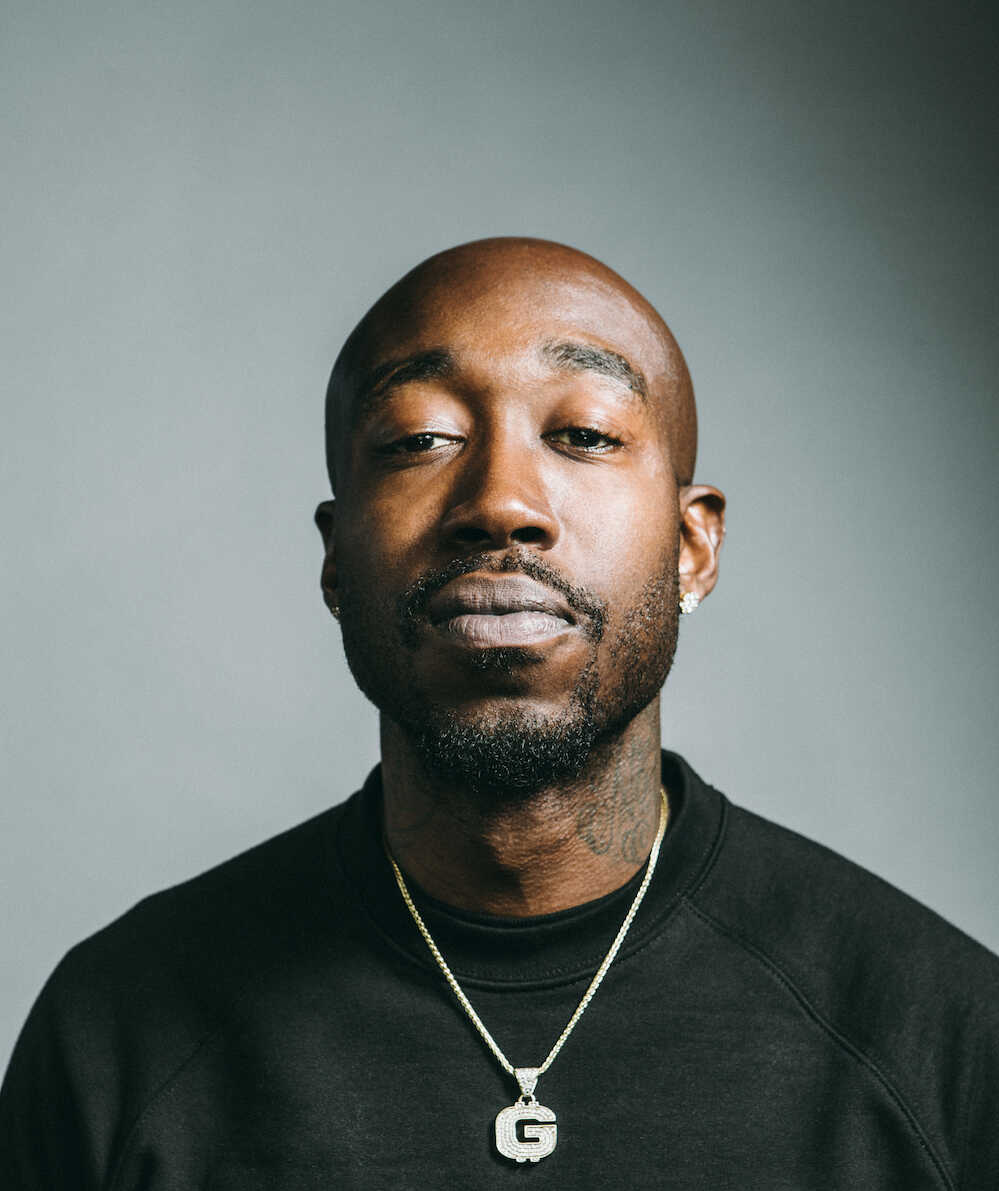 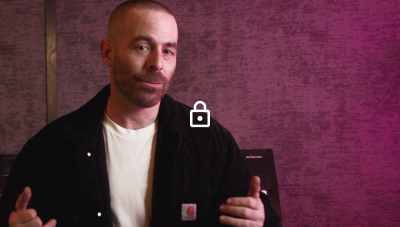 Hear The Alchemist’s story, from his beginnings in music at an early age to becoming the producer he is today. Hear anecdotes featuring some of Hip-Hop’s greatest names, and get inspired by his attitude of wanting to learn from everything happening around him. 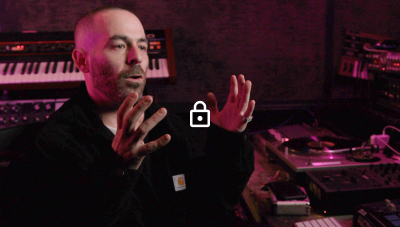 Learn what sampling means for The Alchemist and his approach to sampling on his records. 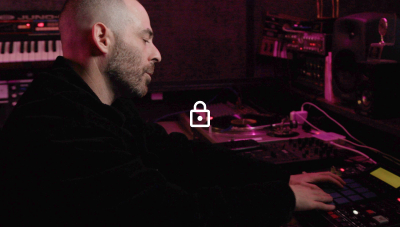 Discover some of The Alchemist’s favorite samples, the story behind them and what makes them so special.

Alchemist gets into what digging for records means for him and his music, and the importance of finding new and rare sounds as part of his creative process. 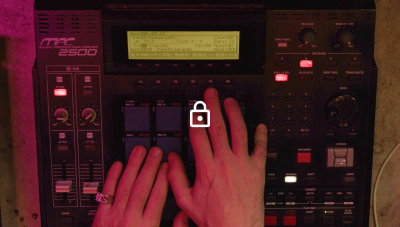 In this chapter, Alchemist goes into his sampling philosophy. 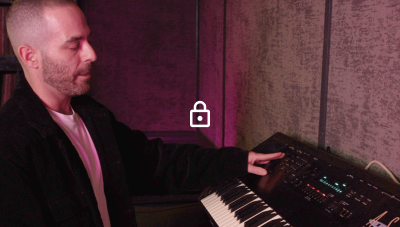 Learn some of Alchemist’s most important MPC techniques as he showcases on his MPC 2500: see him chop, layer, sequence, group and edit drums and other sounds. Get his tips and tricks to get the best beats in an organized, fast and efficient way. 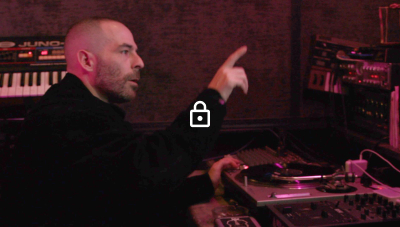 In this chapter, Alchemist goes into the ASR-10, the emblematic machine that he used at the beginning of his career. 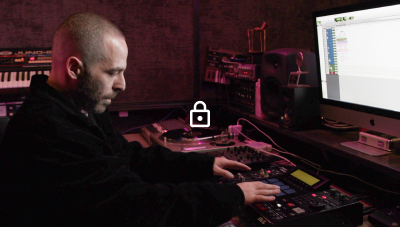 See The Alchemist create a beat from scratch, from sampling to chopping up samples on the MPC, and programming drums. Get his workflow, watch him improvise and get his advice on how to do it yourself.

09. Bringing your beat into your DAW 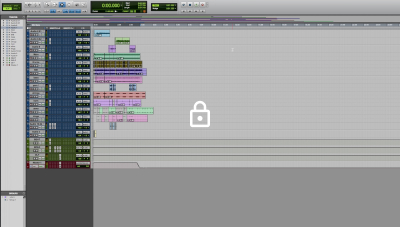 After creating a beat on the MPC watch how The Alchemist takes his beats from the MPC into Pro Tools, and discover his workflow to getting a beat ready for mixing, mastering and recording artists. 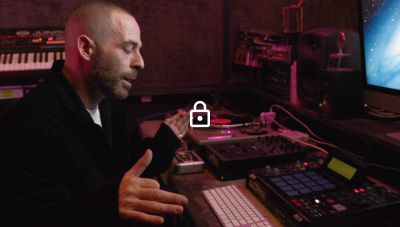 Discover The Alchemist’s songwriting techniques from structure, to creating hooks, to finding unique sonics and ear candy. Follow some examples on his DAW as he explains his process on songwriting.

Recording rap vocals
11. Creating a vibe with an artist 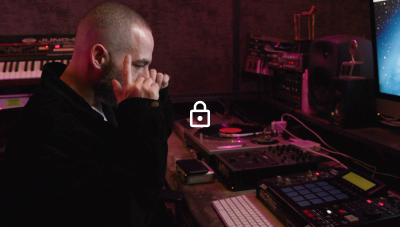 In this chapter, learn how to build a vibe with an artist, how to create a comfortable and inspiring environment. Learn about communication in the studio, capturing important moments and getting the best out of an artist. 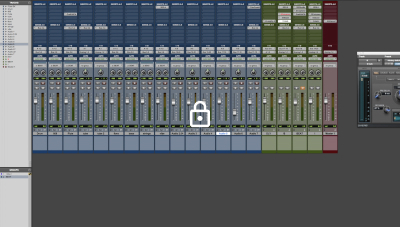 Learn how Alchemist works with vocal chains and plugins. Get his tips on achieving a full sound without overprocessing it.

Learn how Alchemist works with vocal chains and plugins.
Get his tips on achieving a full sound without overprocessing it. 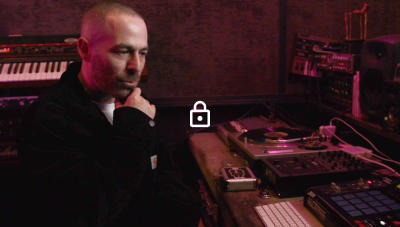 Learn how The Alchemist approaches Ad-Lib recordings and get his advice on how to get the most out of a recording artist while making them. 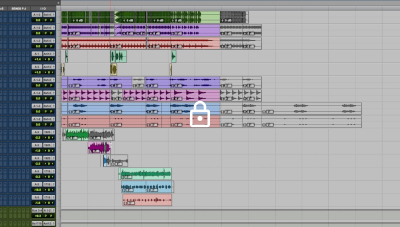 DJing for Hip-Hop
15. Intro to DJing 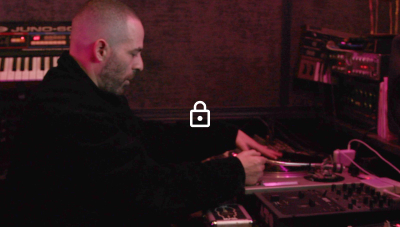 In this chapter, Alchemist gives an overview of what the role of the DJ has meant for Hip-Hop. Also, he goes into the relationship between DJing and producing. 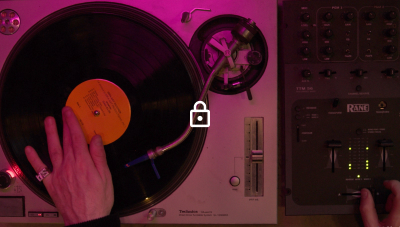 Watch The Alchemist DJ as he explains his approach to some of his main techniques.

Learn how ‘My Will’ by Nas was made on his Ensoniq ASR-10 keyboard and hear the story behind the track.

Learn how the beat for ‘Know Ya Wrong’ by ScHoolboy Q was created, how The Alchemist chopped the sample and programmed the drums, all on his MPC 2500.

19. Track Review: ‘Something to Rap About’ - Freddie Gibbs ft. Tyler, the Creator

Track review of Freddie Gibbs ft. Tyler, the Creator’s ‘Something to Rap About’ deconstructed by The Alchemist track for track on his DAW.

Branding & merchandising
19. Branding yourself as a producer 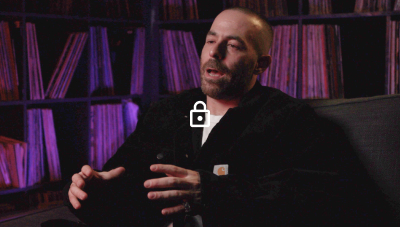 The Alchemist gives you his advice on how to create a brand out of your music career. 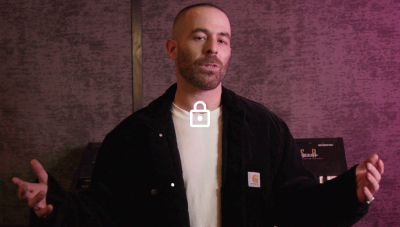 In this chapter, The Alchemist teaches you how to monetize your music career through different avenues like merch, limited edition vinyls and more. 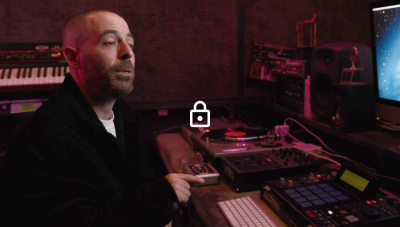 Discover some of the alternative revenue streams that have worked for The Alchemist and see how they can apply to your own music. 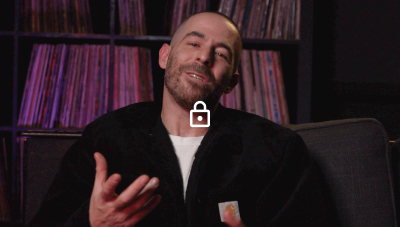 The Alchemist shares how his and Oh No’s track ‘Vodka & Ayahuasca’ led them to composing the original score for Grand Theft Auto V by Rockstar Games.

Tips for new producers
23. Advise and motivation for the next generation

Alchemist gives you his advice on how to stay motivated in order to progress and grow as an artist throughout your career.

A life in Hip-Hop

Alan Daniel Maman, better known as The Alchemist, started out during Hip-Hop’s Golden Age under the moniker Mudfoot as a member of The Whooliganz when only a teenager, and later joined DJ Muggs’ Soul Assassins collective, rising to prominence in the late 90s as a close associate of Cypress Hill, Dilated Peoples, Mobb Deep.

A humble figurehead of Hip-Hop production in demand for his sample-heavy, detailed and soul-infused beats, The Alchemist is the founder of ALC Records, and one of the most prolific rap producers of his generation. He’s worked with Hip-Hop royalty like Griselda, Nas, Action Bronson, Ghostface Killah, Vince Staples, Earl Sweatshirt, Curren$y, and Boldy James, just to name a few. 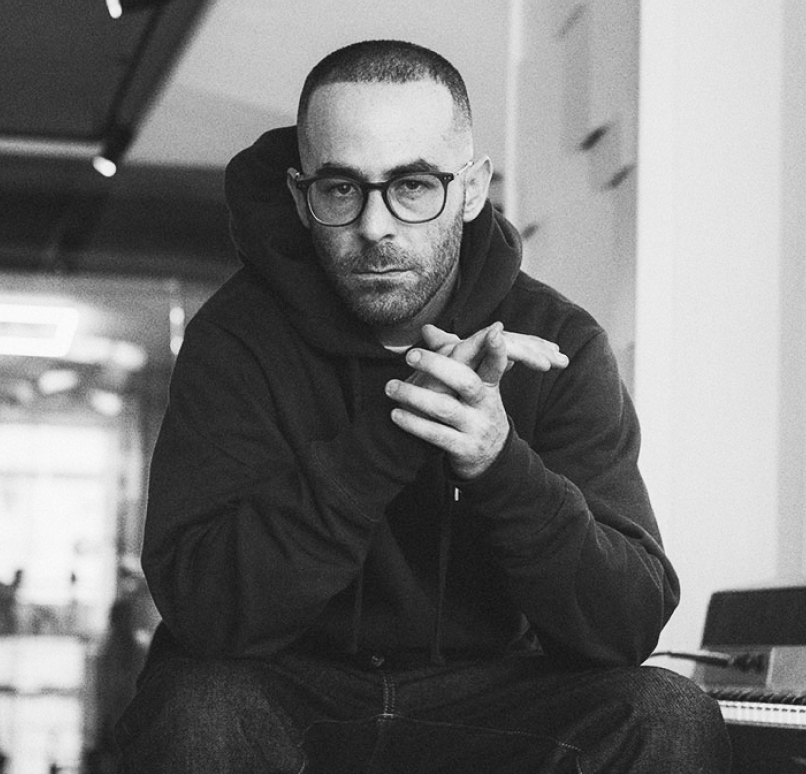 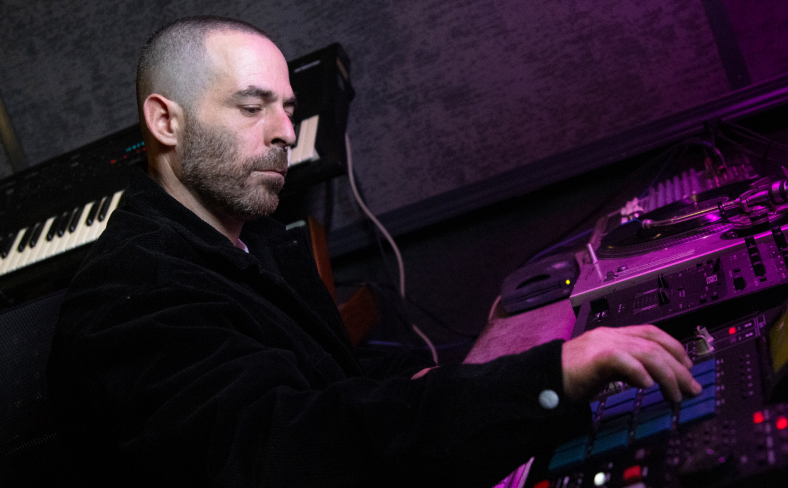